Samsung to Unveil its Flagship Galaxy Note 9 on August 9

Samsung has today pretty much confirmed the launch date for its flagship Galaxy Note 9 smartphone by sending out press invites to its Unpacked event to be held on August 9, BusinessInsider is reporting. The event is set to take place at the Barclays Center in Brooklyn, New York, and will be broadcasted live on Samsung’s official website. 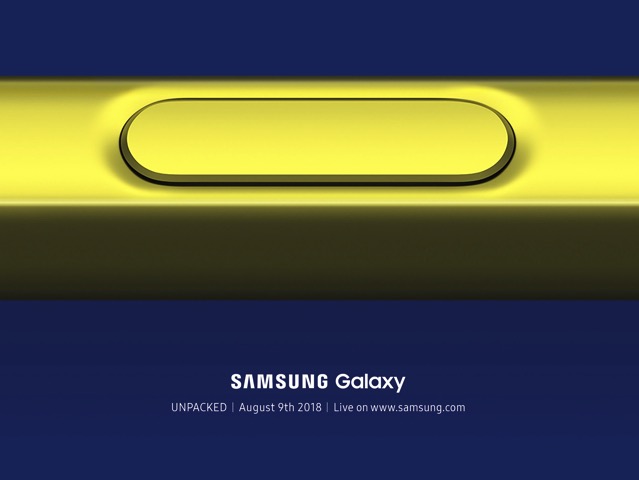 The Galaxy Note series comprises of Samsung’s larger display smartphones that come with the S Pen stylus, which is why the invite seems to show the next generation S Pen’s button (shown above). The invite also suggests new colour options for the Galaxy Note’s S Pen, which so far only comes in black.

The Galaxy Note 9 is also expected to come with the same Qualcomm Snapdragon 845 that runs most of the Android flagship devices from 2018.

Elon Musk has been granted a stay in his pending trial against Twitter over his proposed acquisition of the social media company as the two sides continue talks to close the deal on its original terms — reports The Verge. Musk originally offered to buy Twitter for a whopping $44 billion USD back in April....
Nehal Malik
28 mins ago