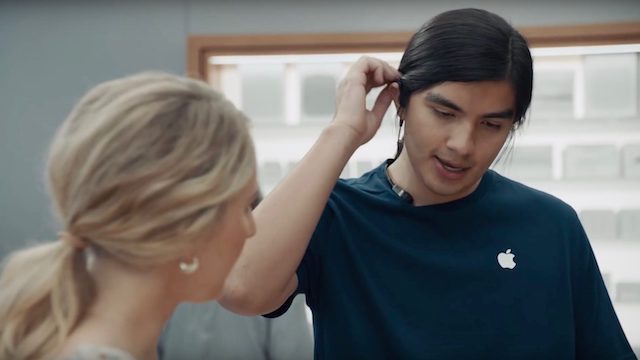 Last week, Samsung made fun of Apple’s Genius Bar while touting its smartphone’s faster LTE download speeds in a TV ad titled “Ingenius: Speed”. Today, the company has released 3 more ads from the same series, all of which target the the iPhone X while making fun of the Genius Bar.

The ad titled “Ingenius: Storage” shows a customer asking the Ingenius Bar employee where the microSD slot is on the iPhone. The ad leads to a rather dumb comment from the customer who says she’d rather store her content in an SD card than the cloud.

In the next ad titled “Ingenius: Notch”, a customer asks the Ingenius Bar guy about the notch on the device, complaining about how it covers a portion of the display when watching a movie. “It does still cover up some of the movie,” says customer. “It takes time to get used to it,” the employee responds.

In the last ad titled “Ingenius: Multitasking” a customer enquires about how to run two apps at once on the iPhone’s display while telling the Ingenius Bar employee that her sister was doing it on her Galaxy S9. Take a look and share your thoughts with us in the comments section.