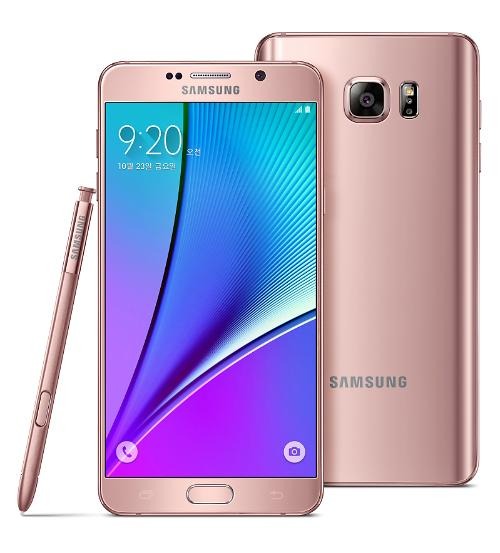 Ahead of the official iPhone 6s / 6s Plus launch in South Korea on Oct. 23rd, the Korean copycat giant Samsung has decided to put a coat of what it is calling “Pink Gold” paint on its flagship Galaxy devices (pictured above), in an effort to survive yet another blow to its smartphone sales by the new iPhones, as reported by Korean language newspaper AJU Business Daily (via AppleInsider).

The addition of a new “pink gold” Galaxy is tied to the release date of Apple’s own iPhone 6s in the country, aping the new finish that has already proven to be very popular in early 6s and 6s Plus sales.

Over the past one year, Samsung’s Galaxy sales have collapsed in competition with the iPhone 6 models with larger displays. The company’s recent rebound in profitability has come only by way of sales of components and other non-phone segments, while its mobile division continues to struggle in the space between cheaper Androids and the globally popular iPhone 6 and 6 Plus.

Tomorrow, the iPhone 6s and 6s Plus will launch in India, Kazakhstan, Macedonia, Malaysia, Malta, Montenegro, South Africa and Turkey, while they will be launched in Samsung’s home territory of South Korea alongside Belarus, Guam, Moldova, Serbia and Ukraine the following week.