Apple’s biggest smartphone rival Samsung is currently the only supplier capable of producing the upcoming flagship iPhone’s complex edge-to-edge OLED display, which will reportedly see the iPhone maker in “a precarious position” in terms of parts, according to a recent note to investors issued by KGI Securities analyst Ming-Chi Kuo, AppleInsider is reporting. 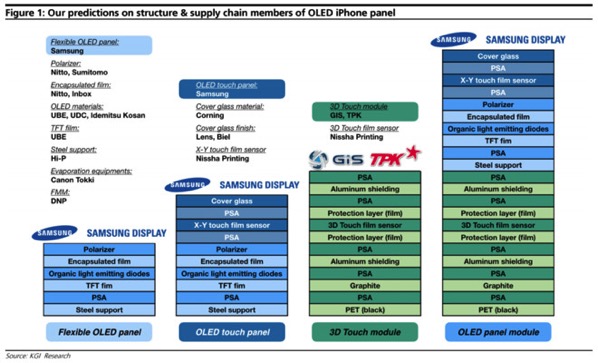 The analyst has predicted that the edge-to-edge OLED display on the ‘iPhone 8’ will cost Apple between $120 and $130 per unit, which is well beyond the $45 to $55 per unit Apple is paying for the iPhone 7 Plus 5.5-inch LCD screen. This puts the South Korean tech giant in a strong bargaining power against Apple.

“Apple is in urgent need of finding a second source of OLED”, wrote Kuo, adding that although any diversity in the supply chain will take time. It is also interesting to note that the analyst still seems unsure in his recent note, as to whether the next iPhone will have Touch ID or not.

In Wednesday’s note, he suggested that Apple “may abandon” its Touch ID technology in favor of the OLED display, but stopped short of saying definitively that it has been removed from the handset, which will be revealed in less than a week.

Apple is holding an event next Tuesday to presumably unveil its next-generation iPhone lineup, where all the mysteries will finally be resolved.