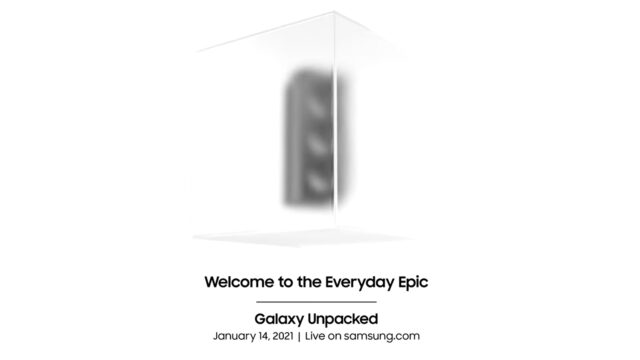 Samsung has always been one to reveal its annual flagship products early in the year. However, this year’s Unpacked keynote is scheduled roughly a month earlier than it is typically held. It also happens to fall right as CES 2021 is wrapping up. Via a press release and public invitation, Samsung announced that the Unpacked event will begin on January 14th at 10 AM ET/7 AM PT.

The company is holding its announcements close to its chest. Within the press release, Samsung only teases “Welcome to the Everyday Epic”. Furthermore, the release says: “Over the past year, mobile technology has taken center stage in everyday life as people are working remotely and spending more time at home. The accelerated transition to a mobile-first world brings with it the need for devices that can transform everyday life into an extraordinary experience.”

Just last week, Samsung began teasing the reveal of its Galaxy S21 smartphone. It’s also been heavily rumoured that the company will release three Galaxy S21 phones once again with the other two being the Galaxy S21+ and the higher-end Galaxy S21 Ultra.

Additionally, there has been no shortage of leaks regarding the Galaxy Buds Pro, which is said to be the high-end earbuds offered by the company. In fact, over the weekend, Samsung Canada confirmed the existence of the earbuds via a website listing before removing the page entirely.

Samsung’s Unpacked keynote will be held virtually. On January 14th, the event will be broadcasted on the Samsung website as well as its YouTube channel.