This year, Apple surprised many by the large multi-lens array incorporated in their iPhone 11 Pro and iPhone 11 Pro Max. The three-camera setup has become adored by users since release. Now, it seems Samsung will be looking to update their camera specs to compete with Apple in the new year.

According to Bloomberg, Samsung is developing a major overhaul on the currently unannounced Galaxy S11 smartphone. Based on the report, the new Galaxy S11 will supposedly feature a 108-megapixel sensor for the main camera with three additional cameras located on the rear side of the device. The S11 may also include an ultrawide-angle lens and a 5x optical zoom. 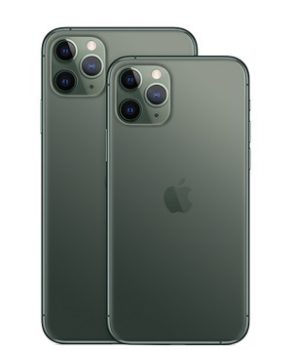 For comparison’s sake, the iPhone 11 Pro has a 12mp sensor on each of their rear cameras. The Pro has an ultrawide-angle, a wide-angle, and a telephoto lens.

According to Bloomberg’s insiders, the S11 will also feature a time-of-flight sensor. This will assist in AR applications and portrait mode photography. The depth-detection feature can draw similar results as found in the Note10+. In addition, Samsung may incorporate the 5x optical zoom to the new Galaxy Fold clamshell, which will likely be announced during Samsung’s upcoming keynote in February of next year.

This apparent overhaul in the camera department may demonstrate Samsung’s commitment to right the shortcomings the company has had in previous years. Apple’s marketing when it comes to photos and videos is unparalleled. Having spawned the “Shot on iPhone” campaign in 2015, Apple has held the mindshare when it comes to smartphone photography and cinematography.

While Samsung has not commented on the new features, the company’s renewed strategies on the camera front will be made apparent in only a few short months at what will likely be known as Galaxy Unpacked 2020. The S11 and rumoured Galaxy Fold clamshell may become a force to be reckoned with, which Apple will have to combat come September where the company will release their next flagship devices.