Last week, Apple was issued a ruling granting the company’s request for a preliminary injunction banning sales of the Galaxy Tab 10.1 tablet in the U.S. Today, an appeal made soon after the ruling by Samsung to lift this ban on its tablet sales in the region has been denied by the U.S. District Judge Lucy Koh in San Jose, California, reports Reuters. The decision comes as another legal setback for the Korean giant as only last Friday, Apple was granted another injunction to ban Galaxy Nexus sales in the U.S. over Siri patents. 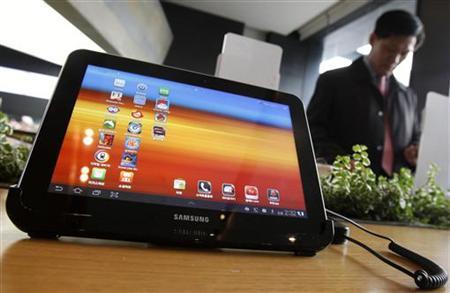 Apple sued Samsung last year, accusing the South Korean electronics maker of “slavishly” copying the iPhone and iPad. Samsung denies the claim and countersued. The case is due to come to court this month and could have implications in other jurisdictions.

The affected tablets and smartphones are unlikely to have major impact on Samsung’s earnings, as the firm has since introduced upgraded models. But the back-to-back loss is significant because pre-trial injunctions are rarely granted. The two firms’ U.S. trial is set on July 30.

“Samsung is disappointed with the court’s decision that denied our motion to stay. We believe today’s ruling will ultimately reduce the availability of superior technological features to consumers in the United States,” Samsung said in a statement.

Samsung has also appealed to a federal appeals court in Washington, DC, which has exclusive jurisdiction over intellectual property disputes. An Apple spokeswoman reiterated the company’s previous comment:

“This kind of blatant copying is wrong and, as we’ve said many times before, we need to protect Apple’s intellectual property when companies steal our ideas”.

However, an NHIS analyst Lee Sun-tae believes that the impact on Samsung is limited as shipment volume of Galaxy Tab 10.1 and Nexus are quite small.

After four years, Nintendo is bringing back its game voucher promotion. In Canada, Nintendo Switch Online members can purchase a pair of vouchers and redeem each one for a digital game in order to save a bit of money on each game. A pair of Nintendo Switch game vouchers in Canada is available for $132.99....
Steve Vegvari
32 mins ago