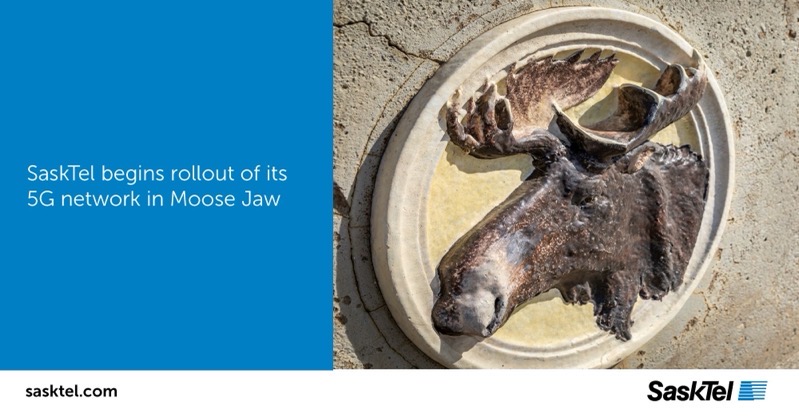 SaskTel announced on Tuesday it has started its 5G network rollout in the City of Moose Jaw, with the majority of the latter to have access by the end of March 2023.

“I’m extremely pleased with the tremendous progress SaskTel has made since first launching their 5G network last December,” said Don Morgan, Minister Responsible for SaskTel, in an issued statement. “Today’s announcement is another significant milestone that further demonstrates SaskTel’s strong commitment to its customers and the people of Saskatchewan.”

SaskTel is using Samsung 5G equipment to power its network, which can offer up to 1.2 Gbps download speeds. The crown corporation says its 5G network will allow smart solutions for a variety of sectors, including agriculture and more to help “drive economic development and prosperity” in the province of Saskatchewan.

“This is an exciting announcement for Moose Jaw residents and our business community,” said Clive Tolley, Mayor of Moose Jaw, in an issued statement. “We’re actively promoting the benefits of living and working in Moose Jaw, and SaskTel’s new 5G network will allow even more people to get connected and Get A Life in Canada’s Most Notorious City.”

“At SaskTel, we recognize the true potential of 5G both now and into the future,” said Doug Burnett, SaskTel President and CEO. “As we continue working to expand our 5G network across the province, we look forward to realizing the many ways this new technology will help change how our customers connect with the world around them.”

Connecting to the SaskTel 5G network will require a compatible device and a 5G compatible wireless plan in a 5G coverage area.