Microsoft became the world’s most valuable company after surpassing Apple in market capitalisation in November. Last month, the company’s market cap hit $1 trillion to once again become the most valuable publicly traded company in the world. 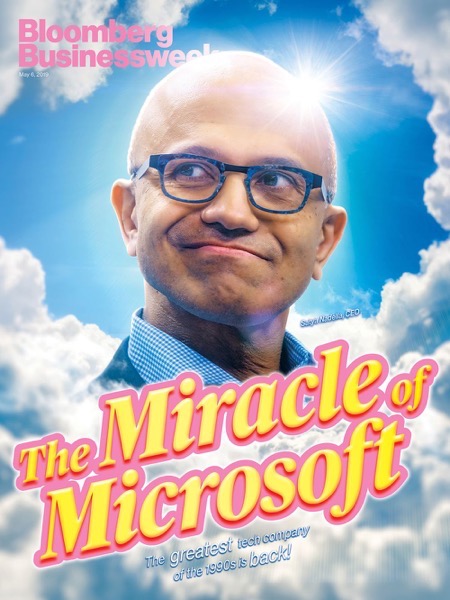 In an interview with Bloomberg Businessweek, however, CEO Microsoft Satya Nadella has said that he does not believe these milestones are worth celebrating. “I would be disgusted if somebody ever celebrated our market cap,” said Nadella. He continued to say that celebrating such a milestone would mark “the beginning of the end.”

Microsoft’s stock has spiked 230% during Nadella’s tenure as CEO beginning in February 2014. But for Nadella, success is about looking to the future rather than focusing on past achievements:


“At Microsoft we have this very bad habit of not being able to push ourselves because we just feel very self-satisfied with the success we’ve had,” he says. “We’re learning how not to look at the past.”

Microsoft marketers like to attribute its reemergence as a tech power to a sort of cultural rehab, involving what Nadella calls corporate “empathy” and a shift of his team from a “fixed mindset” to a “growth mindset.”

I don’t know of any other software company in the history of technology that fell onto hard times and has recovered so well,” says Reed Hastings, CEO of Netflix.

You can read the lengthy article in its entirety over at Bloomberg.