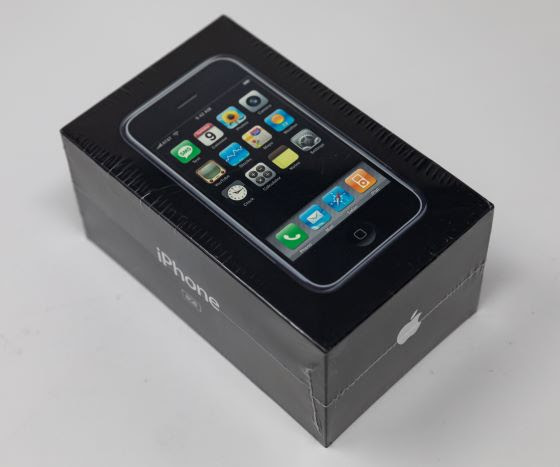 Last week we told you about an original 2007 iPhone in a sealed box for sale from New Orleans-based LCG Auctions, which was expected to break new price records for the Apple creation.

“We expected the bidding for this item to be fervent and it did not disappoint as a handful of avid and sophisticated collectors drove the price from just over $10,000 on Sunday afternoon to this record-setting amount by Sunday night,” said Mark Montero, Founder of LCG Auctions, in a statement to iPhone in Canada. “We congratulate the winners, our consignors and all of the bidders for making this one of the most active auctions in our history.”

The original iPhone launched for sale on June 29, 2007, for $599 USD and included a paltry 8GB of storage and 2MP camera, but a game-changing desktop-class web browser, unlike the “baby internet” being offered by dumb smartphones at the time, according to Apple co-founder Steve Jobs at the time.

Some other notable auction items that ended on Sunday, with all prices in U.S. dollars:

See, you should have listened to your mom and taken care of your G.I. Joes…