How to Select Multiple Images and Add to Another App on iPhone, iPad [VIDEO]

Apple has just published a new video on its YouTube support channel, detailing how you can use a multi-touch gesture on your iPhone or iPad to grab multiple images and then add them to another app. 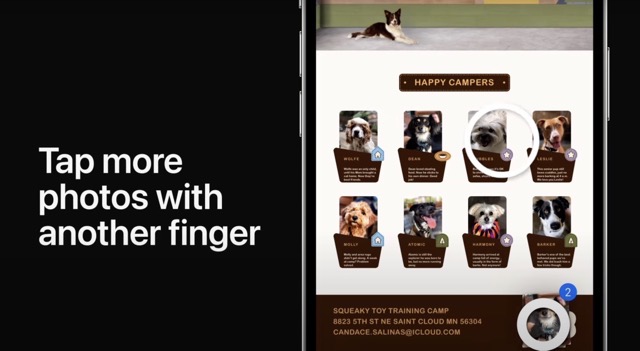 iOS includes a handful of basic gestures that allow you to interact with your iPhone or iPad using tap, touch and hold, swipe, scroll, and zoom.

For instance, you can Touch and hold items in an app or in Control Center to preview contents and perform quick actions. On the Home Screen or in App Library, you can touch and hold an app icon briefly to open a quick actions menu.

Similarly, you can move one finger across the screen without lifting to scroll. For example, in Photos, you can drag a list up or down to see more. Swipe to scroll quickly, and touch the screen to stop scrolling.

With multi-touch gestures, you can do even more. Check out the following video to learn how you can select multiple images to add to another app on your iPhone or iPad using multi-touch.

Any shred of mystery Google was saving for its Pixel 7 series launch event on Thursday, October 6, likely dissipated when a detailed and legit-looking spec sheet for the two phones leaked online over the weekend (via 9to5Google). Apparently, a mobile carrier in Taiwan prematurely shared the spec sheet for Google's Pixel 7 and Pixel...
Nehal Malik
38 mins ago