Serif has just announced the release of 1.8.6 update for the macOS versions of its Affinity apps, which is fully compatible with the latest Big Sur release and is also optimised for M1, Apple’s newly-launched chip specifically designed for the Mac. 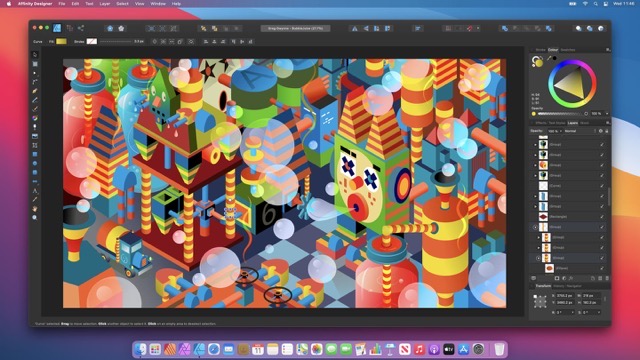 “To sum it up, M1 makes our apps run faster, smoother and feel more responsive than ever before (we’ve already even seen speed increases of over 3x faster running on the new MacBook Air). It’s definitely a big step forward for Mac, and we can’t wait to see how the rest of the Mac range develops with Apple silicon in the future.”

If you own the apps already, you can download the Affinity 1.8.6 update for free.