Disney has revealed more details about its highly anticipated streaming service Disney+. The media giant announced the Disney+ catalogue at D23 Expo alongside the new Avenger Campus theme park and a Disney+ docuseries. 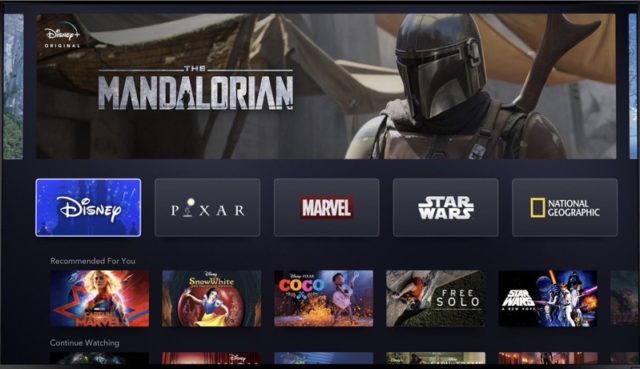 Disney+ is expected to launch in November 2019 for USD 6.99 per month. At launch, Disney+ will stream all the Disney movies and exclusive shows. Here is what you can expect:

Last week Disney also announced that Disney+ would have dedicated apps for iOS and Android. You also be able to stream Disney+ on Apple TV, Xbox One and Roku. Engadget reports that a demo of the Apple TV app was in display at the D23 Expo.

There are already a bunch of streaming services available in the market, and as Engadget says, the app interface looks a lot like that of Apple TV. The company will have to use all the tricks up its sleeves to win customers over.

Similar to all the other streaming services currently available in the market, Disney+ also will have Machine Learning generated recommendations. However, you will see collections curated by actual people as well. Netflix too recently announced human-curated content on its service.

Michael Paull, president of Disney Streaming Services, told Engadget that “the idea with the Disney+ app is to make it simple, elegant and easy to use, regardless of what device you’re watching on.”

The app will have up to seven user profiles at launch. Each profile will have “Recommended” and “Continue Watching” lists. Each account will be limited to four concurrent streams.

Disney+ has a carousel of popular studios on the home screen. You can, for example, click on Marvel or Pixar to start watching movies and shows from your favourite studio.

With Disney+, you will be able to download videos and watch them when you are offline. Videos will stream in 4K, HDR and Dolby Atmos. This is included with the standard $8.99 CAD plan. In the U.S, customers can also get a $12.99 USD bundle with ESPN+ and Hulu (this most likely won’t be available in Canada).

DIsney+ indeed looks like an attractive package, especially if you are a fan of the magical world of Disney, Marvel, and Star Wars. It’s going to be tough for Apple TV+ to catch up to the Disney library.

Ookla has analyzed fresh data from Q3 2022 for SpaceX’s Starlink, HughesNet, and Viasat in North and South America, in the Speedtest company's ongoing series on satellite internet. According to the data, Starlink download speeds dropped in Canada by at least 14% and the U.S. by nearly 17% from Q2 to Q3 2022, while speeds...
Usman Qureshi
10 mins ago

Google has started serving a new pop-up to YouTube users in Canada to help raise awareness for Bill C-11 (aka the Online Streaming Act), which could have significant implications for online streaming platforms and the Canadians who use them. "Your YouTube feed is uniquely yours. Bill C-11 could change that," the alert reads. The Liberal government...
Nehal Malik
32 mins ago