Developed by a Toronto-based startup Katla Labs, ‘Sidekick’ is a new dash-cam and navigational app that alerts the drivers in Edmonton when they are near photo radar, the Edmonton Journal reports.

“What my app has been doing is called proactive alerts for drivers so they have a little bit more time to react to things happening on the road,” said Katla Labs CEO Billy Lo. 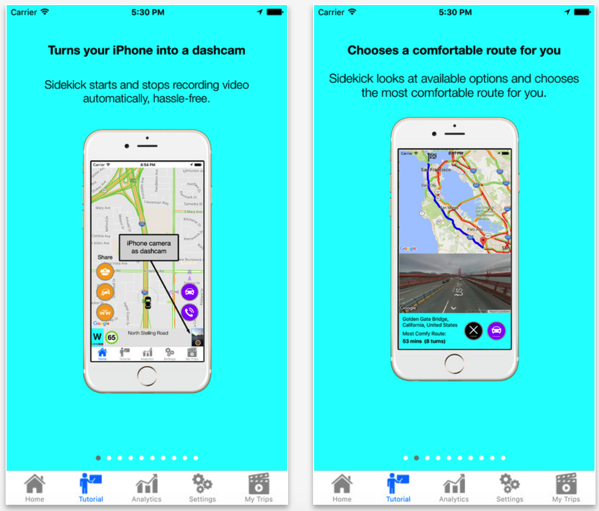 Since photo-radar locations change weekly, the developers upload weekly locations provided by the city of Edmonton to their free app, explained Lo. He added that he has written a program to pull the information out of the PDF files the city publishes and geocodes the street corners to the app’s map. When a driver approaches the location, they’re notified about a nearby possible photo-radar device, similar to popular driving app Waze.

“Most of the functionality actually runs in the background,” said Lo. “One of the things I’ve noticed is (other driving apps) have to restart and sometimes you can’t … but you still want to be alerted if bad things happen in front of you.”

Still, the current process to get the locations into the app is a workaround, a result of the city publishing the information in a PDF file. That is expected to change.

“I applaud the Edmonton government doing this simply because the whole objective is to keep the road safe, not to issue more tickets to people,” said Lo. “The fact that they publish the locations will actually achieve that.”

Once the app has been set up, it doesn’t need to be restarted every time you drive. It automatically wakes up when it detects you’re driving and pauses while you’re walking.

You can try it out using the following App Store link: