Encrypted messaging app Signal unveiled a new blur tool on Wednesday that can be used to hide faces in photos before sharing them. 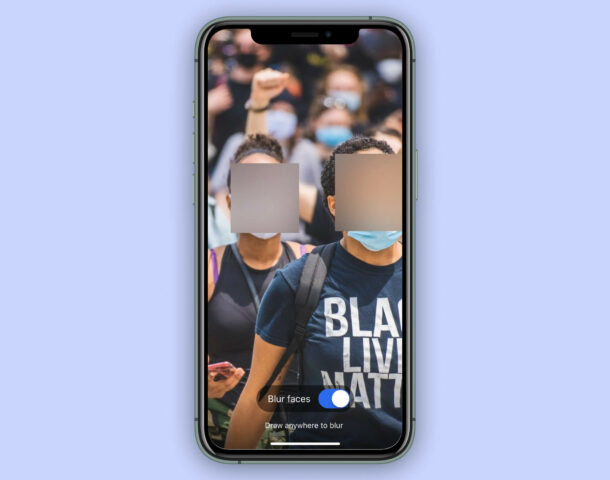 With many people out protesting, lots of photos and videos are making their rounds. This is great for boosting awareness, but it’s also important to remember that this media could be used against your fellow protestors.

Now, the privacy-focused messaging app Signal is adding a new feature to help with that. The latest version of Signal for iOS and Android contains a blur feature within the image editor. While it can automatically detect faces to blur, users can also use a brush to do it manually.

While in the app’s image editor, users can tap on the new blur icon at the top of the screen and the tool will automatically detect and blur the faces in the picture. The face-blur tool also gives the option to manually blur out other areas of the image such as tattoos, logos, street signs and badges.

“These system libraries are not perfect. They don’t detect every face 100% of the time, and these flaws and potential biases meant that it was important to extend their default functionality so that you can always draw with the blur brush to manually obscure additional faces or areas in a photo,” Signal said in the blog post. “We’ve also been working to figure out additional ways we can support everyone in the street right now.”

The tool comes as downloads of Signal have ratcheted up amid protests across the country against police brutality and racism after the death of George Floyd, who was killed by a police officer.

Encrypted messaging apps have been recommended for people protesting, as they can help prevent police from intercepting messages during surveillance of protests.