CIBC’s Simplii Financial has announced Apple Pay support for iOS users, along with support for Google Pay and Samsung Pay as well.

Simplii says in order to setup your Interac debit card with Apple Pay, your mobile number needs to be on file with your account, which you can add via online banking (More Services > Change Your Address > Phone Number).

Users can then add their debit card via the Wallet app on iOS, and then authenticate for purchases as normal with Apple Pay, either with Touch ID or Face ID on iPhone X. 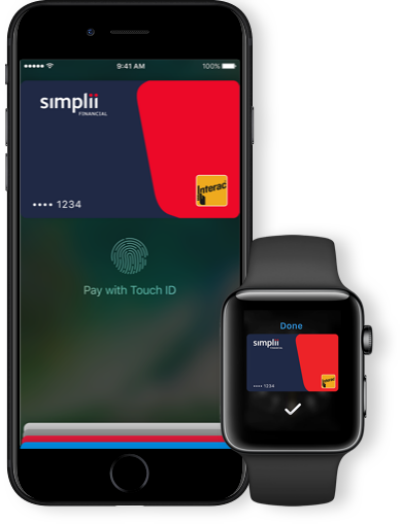 Simplii launched their operations back in November, while similarly introducing an iOS app at the same time. The direct banking brand debuted after CIBC severed their ties with PC Financial last summer.

Apple hasn’t updated their Apple Pay page to list Simplii, but we expect that to change soon. Let us know how your Apple Pay setup goes with Simplii.