If you’re following today’s World Cup matches and you don’t know who to pick to win, just ask Siri. According to The Verge, Apple’s assistant can now provide predictions, joining Microsoft’s Cortana, which is 8-0 in accuracy:

If you now ask Siri variations of who will win a particular game, she offers up some noncommittal responses. “It’s a tossup (if you’ve got a coin, heads says France win, tails says Germany),” is Siri’s France vs. Germany “prediction,” while “I don’t have the line on this one, but Colombia has a better record than Brazil” is the estimate for today’s other game.

We tested this out ourselves and Siri did indeed provide predictions for today’s quarterfinal matches between France and Germany and later Brazil and Columbia: 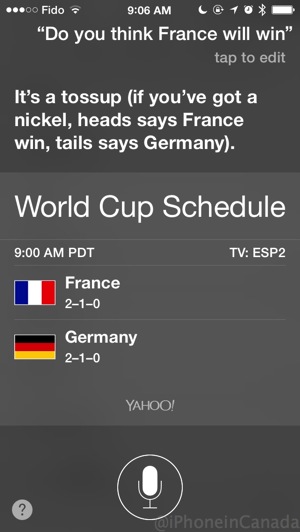 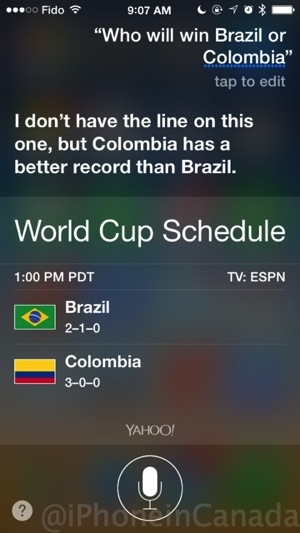 How much faith are you going to put into Siri’s predictions? Right now Germany is leading France 1-0 at the half. Maybe Siri knows something we don’t?