Smartphone Ownership in Canada Increases to 68% According to Catalyst

Canadian search marketing firm Catalyst has released their latest report on mobile usage to note smartphone ownership has jumped from 55 to 68 percent from 2014-2015 in Canada. 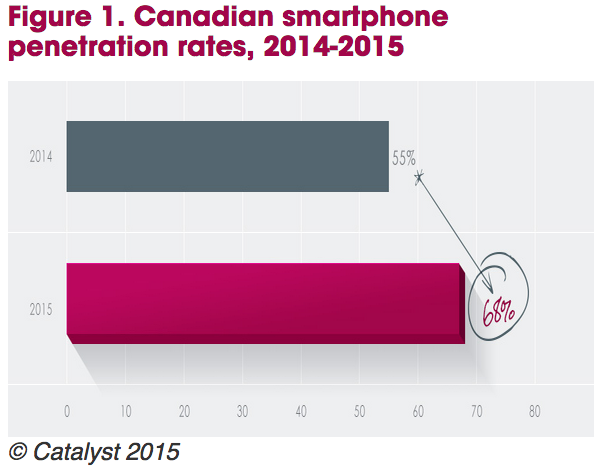 Growth was strongest in the age ranges of 25-34 and 45-54, while millennials in the 18-24 age group saw the highest number of apps used at 8.88 in a particular month, while also being the heaviest at-home users. On the whole, at-home usage had increased for all users in surveyed activities. 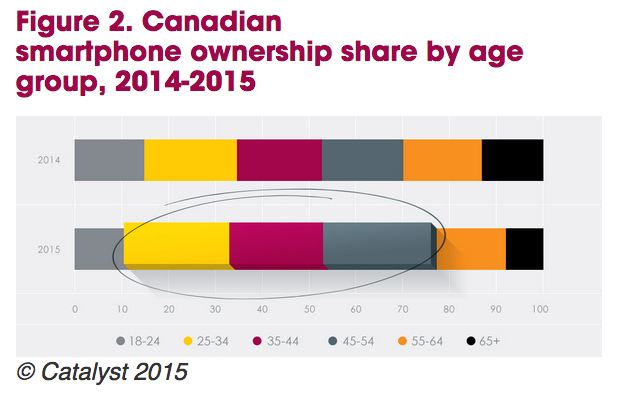 Jeff Lancaster, CEO, Catalyst Canada said in a statement “For brands, one of the key takeaways is the extreme competitiveness of the app space with Canadians increasingly limiting their app usage to just a handful of core apps. While Millennials saw their overall share of the smartphone user market fall, they remain the heaviest users both of apps and across the mobile Web.”

Other highlights of the mobile report say app usage has declined, while mobile web usage has gone up, hinting at app saturation or fatigue. The report—which can be seen here—was conducted based on a survey of just over 1,100 English and French-speaking smartphone owners in Canada.