According to a report by The Verge, Sonos is getting ready to introduce new hardware later this year and for that, it has today sent out media invites for a briefing scheduled for later this month that will focus on the company’s plans for the fall. 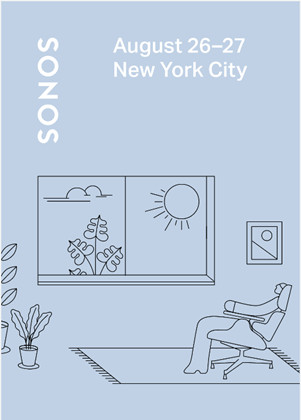 Earlier this year, Bloomberg reported that Sonos has been developing its own pair of wireless headphones but since then, there has been no word regarding such a product. If true, it would mark an entirely new product category for the company.

Sonos could also announce upgrades for its existing devices, including the second-gen Play:5, its most premium and best-sounding speaker, which was launched almost 4 years ago. It is believed that Sonos may add a voice mic array to it the same way it did with the Sonos One.

“A revived Play:3 could be another possibility, but I’m not sure how interested Sonos is in filling that middle zone between the Sonos One and Play:5 or if it’s even a category worth pursuing. The Play:3, introduced back in 2011, was quietly discontinued last year.

As for the company’s other speakers, it’s a toss-up. Sonos already has the Beam, Playbar, and Playbase covering the living room.”

Would you like to see a new Sonos speaker or a pair of high-end wireless headphones?