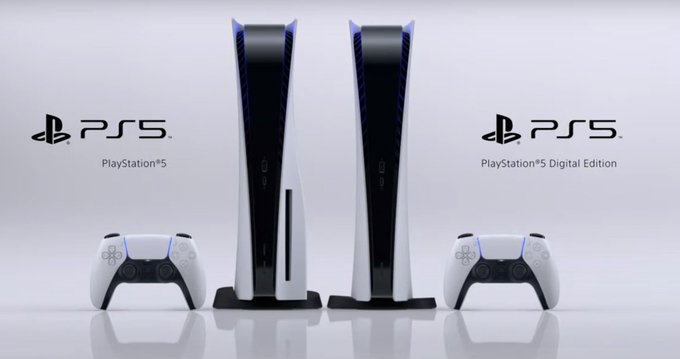 At an online streaming event on Thursday, June 11, Sony finally took the wraps off its PlayStation 5, showcasing both a regular edition with optical drive and a digital edition for game downloads only.

You can check out the moment of the hardware unveiling in the clip below:

At launch, we will offer two options: a PlayStation®5 console with an Ultra HD Blu-ray disc drive and a PlayStation®5 Digital Edition without a disc drive. The PS5 gameplay experience will be the same, so the choice is all yours. While there are some slight differences in the look of each model, for the overall design, we wanted to deliver a console that’s bold, stunning, and unlike any previous generation of PlayStation.

The predominantly white design has some black and will arrive in time for the 2020 holiday season. It looks like it was designed by Stormtroopers from Star Wars.

No word on pricing yet at all but expect the digital-only version to be slightly cheaper, as we’ve seen with the digital version of Microsoft’s Xbox One.