In a blog post penned by Senior Vice President of Platform Planning and Management Hideaki Nishino, the DualSense looks to be quite the upgrade from the PlayStation 4’s DualShock 4 controller. While Sony has yet to paint a full picture of the PlayStation 5, we now have a well-rounded understanding of what the DualSense controller adds to the framework.

Nishino went on to detail the major improvements the company sought to develop for the DualSense. Of the key components, the DualSense’s haptic feedback and adaptive triggers are two that Sony is leveraging to its fullest extent. Touch is a major focus of Sony’s new controller. Nishino wrote: “Based on our discussions with developers, we concluded that the sense of touch within gameplay, much like audio, hasn’t been a big focus for many games.”

Haptic feedback will immerse players with every in-game movement. From driving through the mud to perhaps barging through a door, the response in vibrations in the DualSense could be vast. Adaptive triggers for both R1 and R2 buttons will heighten the level of immersion by tweaking the tension depending on the actions. Nishino offers the example of pulling back on a bow and arrow. However, that tension could be different when pulling the trigger on a gun. 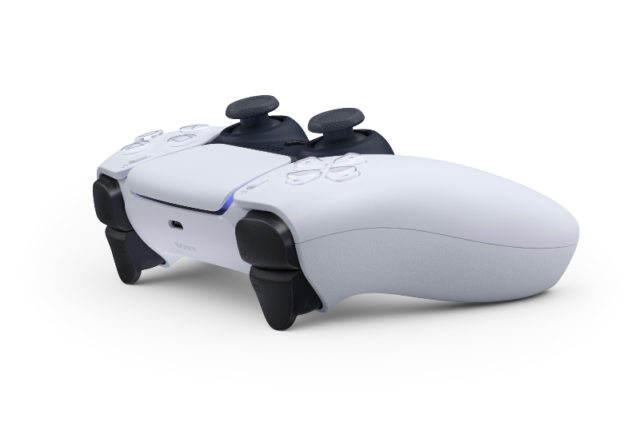 The DualSense has also removed the light bar, which is a core feature for PSVR, from the rear of the controller and integrated it with the DualSense touch pad. The “Share” button has been replaced with a “Create” button. No further details have been given on this, but Nishino did say that SIE is “once again pioneering new ways for players to create epic gameplay content to share with the world, or just to enjoy for themselves.” The DualSense will also have a built-in microphone for chatting with friends without a headset.

Finally, DualSense has some obvious differences in terms of build and design. The new controller is a bit bulkier than its DualShock 4 predecessor. Base PlayStation controllers are traditionally one toned, yet SIE decided to go with a more futuristic two-toned white and black aesthetic this time around. The controller’s grips have been altered and the buttons are a bit more angled.

Nishino’s post ended with a message from President and CEO of SIE Jim Ryan, who thanked the PlayStation community and once again stated that the console is expected to launch this year. Ryan wrote: “To the PlayStation community, I truly want to thank you for sharing this exciting journey with us as we head toward PS5’s launch in Holiday 2020.” He ended by saying the company is planning to show more of the PlayStation 5 in the coming months.