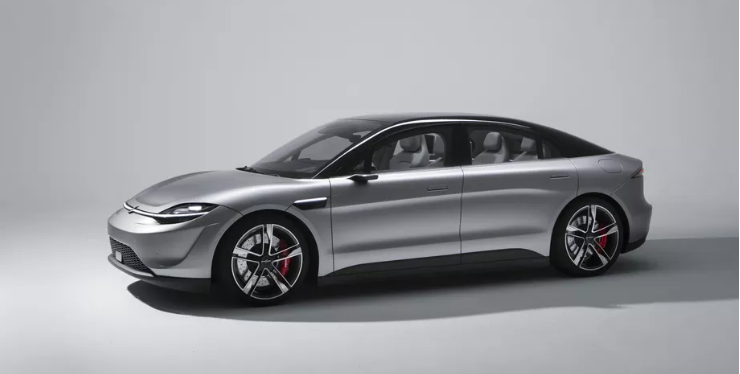 Sony held its CES 2020 presentation last night and surprised attendees by announcing their plans to get into the electric car and mobility game. Sony brought the electric sedan’s first prototype to the stage and revealed the name: Vision-S.

As reported by Engadget, Vision-S is a showcase of Sony’s greatest strengths wrapped up in a sleek package, fit enough to take on the road. Vision-S has 33 sensors on the interior and exterior, multiple widescreen displays, 360 Reality Audio, and always-on connection. Sony has partnered with multiple companies including NVIDIA, Bosch, Qualcomm, and Blackberry.

Unfortunately, Sony did not disclose all of the specs pertaining to Vision-S, however, they were able to detail a few. The 33 aforementioned sensors include HDR-compatible CMOS image sensors (object/road detection), Solid State LiDar sensors (day and night time vision), radar for relative velocity and distance sensing, and Time of Flight sensors. These sensors all work in conjunction with what Sony has called its “Safty Cacoon Concept”, giving drivers 360 degrees of detection.

Additionally, per Engadget‘s report, the Vision-S features four seats, with two 200kW engines. Sony has said the electric vehicle can go 0 to 62MPH in 4.8 seconds with a top speed of 149MPH.

Finally, all four seats of the Vision-S will feature their own speakers. Having a heavy focus on entertainment—this is Sony after all—the car will sport 360 Reality Audio for a more advanced audio experience.

More details on Vision-S specs are likely to filter through during the week of CES 2020.