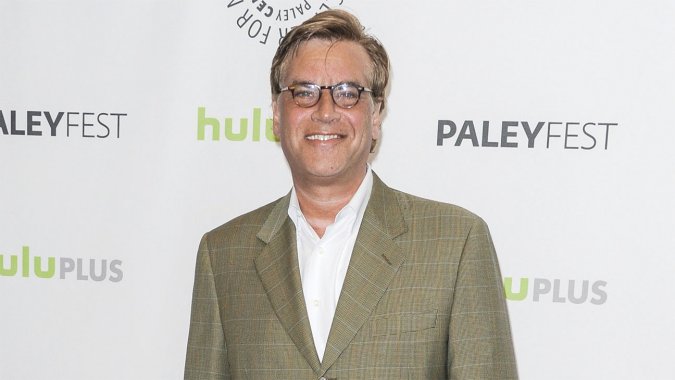 While speaking to The Hollywood Reporter about Universal’s ‘Steve Jobs’ movie in London, writer Aaron Sorkin slammed Apple CEO Tim Cook over his recent criticism that filmmakers were being “opportunistic” in making films about the late Apple co-founder Steve Jobs. “Nobody did this movie to get rich,” he said. “Secondly, Tim Cook should really see the movie before he decides what it is”.

But Sorkin wasn’t done there, as it appeared Cook’s comments really hit a nerve:

But Sorkin’s most stinging retort was reserved for last.

“Third, if you’ve got a factory full of children in China assembling phones for 17 cents an hour you’ve got a lot of nerve calling someone else opportunistic.”

Danny Boyle directed ‘Steve Jobs’ which stars Michael Fassbender (as Jobs), Kate Winslet and Seth Rogen, has been largely well-received following its world premiere at the Telluride Film Festival. It will be released in theatres in Canada on October 16.