Ookla announced recently it has redesigned its Speedtest app on iOS and Android to measure latency better. The Speedtest app allows mobile users to measure download and upload speeds of their current cellular and Wi-Fi connections. 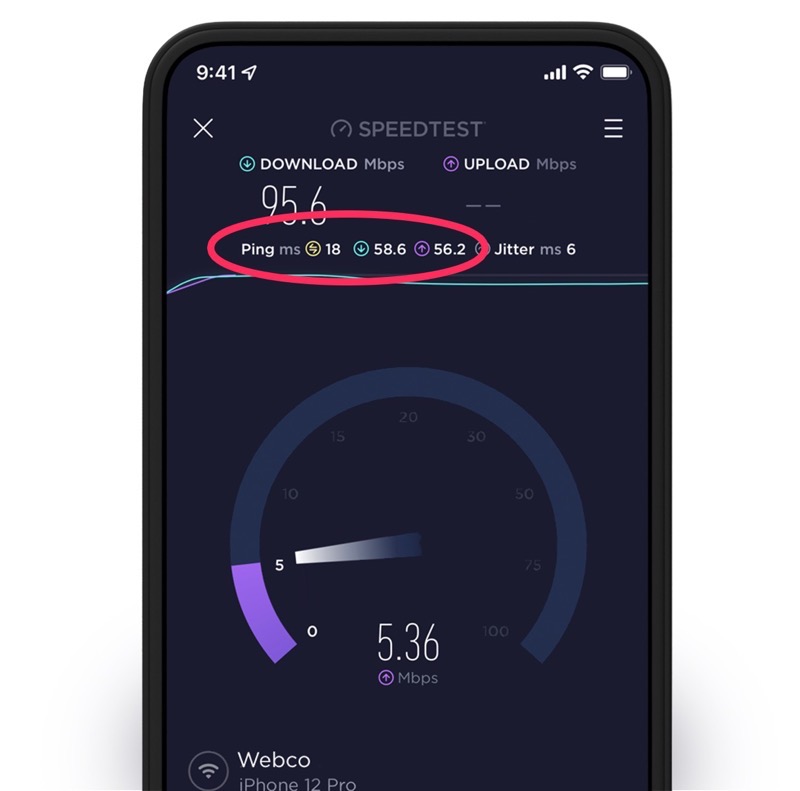 The three stages are idle ping, download ping and upload ping, with the final latency metrics able to offer more insight into your home Wi-Fi network, so you can troubleshoot your connections.

Also new for the Speedtest app is the company’s Maps feature, which previously was only available for Android users, but now available for iPhone and iPad.

“Individuals looking for a map of coverage that highlights which mobile providers have what level of service in the areas that matter most to them can now open their Speedtest app and check out the tab marked Maps,” explained Ookla. 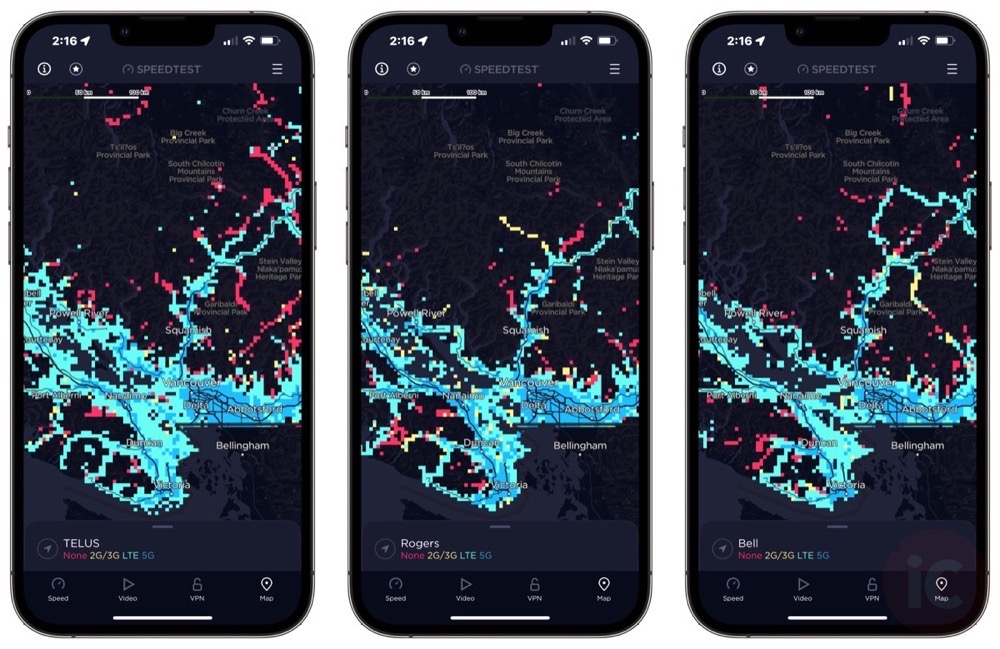 As you can see in our screenshot above, the Maps feature shows where there is no cellular coverage, 2G, 3G, LTE and 5G based on your location, displayed on a colour-coded map. You can select the Canadian wireless carrier of your choice to view where signals are available. Ookla says the feature can be useful to check cellular coverage in an area ahead of your vacation visit, for example.

The feature can also let you compare coverage between carriers; you can see the Telus versus Rogers versus Bell coverage map for our area above.