Spigen and partner Ossia have demonstrated the latter’s Cota Real Wireless Power today at CES, to “bring to market the world’s first smartphone case that wirelessly powers devices to market.” 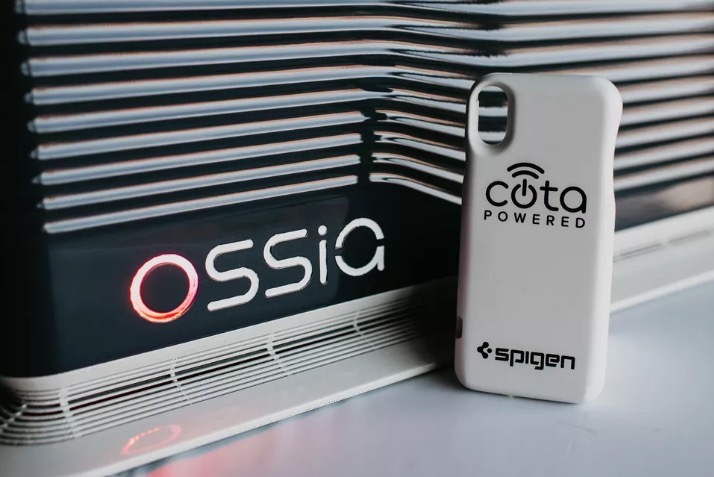 The concept Forever Sleeve case, which is compatible with an iPhone with a Lightning port, will charge your device in the case no matter where it is in the room. You could be out of sight or metres away from the Cota transmitter and your iPhone will still be charging, as the case does not require line-of-sight.

According to Cota, their technology “delivers power similarly to how WiFi transmits data.”

“Real wireless power is a game-changer that has the potential to be as transformative as wireless data delivery,” said Doug Stovall, Chief Revenue Officer, Ossia, in a statement. “Spigen is recognized by consumers for its innovative, quality mobile phone accessories. We are thrilled to team with Spigen to push more mass-market adoption of the Cota technology in the mobile phone space. Our aim is to work with Spigen to deliver Cota-enabled phone cases for 5.8GHz by or before 2020.”

Do you have the need for ‘real’ wireless charging tech like what we’re seeing here from Spigen and Ossia?