Spotify Wrapped: How to See Your Top Songs of 2019 and the Decade 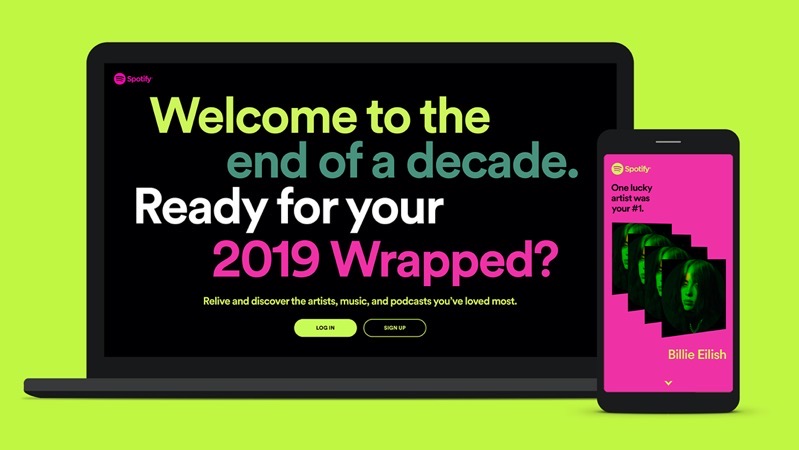 Spotify has unveiled its annual Wrapped recap, which showcases your most-listened tracks of the year. The streaming service is also unveiling “My Decade Wrapped” for the past ten years as well.

How to see your top songs of 2019 and the past decade in Spotify? Easy, just head over to Spotify.com/wrapped and now for the first time, you can also view Wrapped inside Spotify on iOS and Android.

Direct links to access your Wrapped playlists can be found below:

Spotify users will get to see the “top artist, top song through each season, top podcasts, genres, total minutes streamed in 2019.”

For “My Decade Wrapped”, if you’ve been a Spotify user for at least two years, you will get the decade recap, seeing your top artist and total minutes streamed, along with top artist and song for every year.

For both Wrapped and My Decade Wrapped, users will get a personalized playlist to relieve their top music.

Spotify Premium users will get “additional personalized data stories and insights about their year in listening that includes the number of artists they discovered and the top artist they discovered this year,” explains the company.

Spotify for Artist and Spotify for Podcaster users can also get their “Wrapped” experience as well (podcasters require at least three listeners before October 31).