Last time we believed the Surrey Apple Store at Guildford Town Centre would be ready for opening in time for the iPhone 5s and iPhone 5c launch, but that never materialized.

At the time black drapes had adorned the front of the store six days prior to the iPhone 5s/5c launch; Apple has coincided store grand openings with product launches before.

Now, a new spy shot of the interior (thanks @ClaudeYJL) of the Apple retail location shows display tables in place but no products setup. But from what we can tell, the store does look close to opening and the next logical assumption would be in time for Apple’s rumoured iPad refreshes this fall (possibly in October again?). 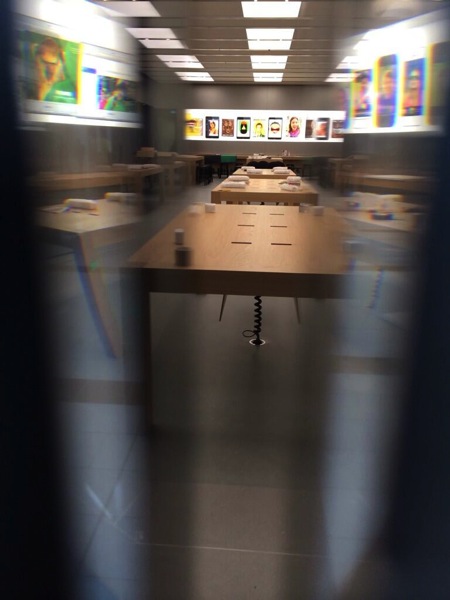 For those waiting patiently in Surrey for their first Apple Store, the grand opening looks to be coming soon. Stay tuned!