Stan Lee Documentary Slated to Launch on Disney+ in 2023 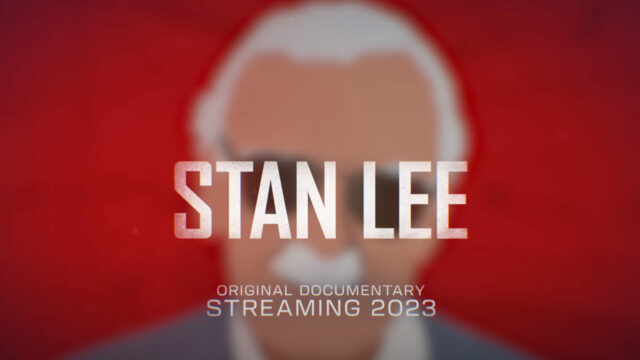 A Stan Lee documentary has been announced for Disney+ with a release window of 2023. The project was revealed as yesterday marked what would have been the 100th birthday of the famed comic book writer and editor.

In a post on Marvel’s website, the company announced that Stan Lee would be an original documentary “on the life of Stan Lee.” However, there are not many more details on the project including run time or how much archived footage may be used.

Lee is an iconic figure in the comic book world. His work spans the far reaches of Marvel. He is credited with co-creating some of the most beloved comic book characters like Spider-Man, Fantastic Four, Iron Man, Black Panther, The Incredible Hulk, X-Men, Thor, The Avengers and many more. Lee’s first real comic book writing credit came in 1941 when he wrote the text for “Captain America Foils the Traitor’s Revenge.” Lee’s career with Marvel continued until his retirement in the 90s.

Following his retirement, Lee continued to leave his mark on Marvel by doing cameos in the Marvel Cinematic Universe. He can be found across all MCU projects up until Avengers: Endgame, where he played a de-aged driver driving past army base Camp Lehigh and shouting, “Hey man, make love, not war!”

Lee ultimately passed away in 2018 at the age of 95. Yet, his influence on the comic book industry and nerd culture continues to this day. Stan Lee will likely highlight the work he’s done in the past as well as what his influence means for creators within the comic and entertainment spheres.