Staples Canada has also released their Black Friday flyer early, and RedFlagDeals again has the scoop. There are sales on the new iPad Air, iPad mini and iPad 2 plus other Apple products. The sale goes from November 27 to December 3, but some sales are only on Nov. 28-30.

The full list of what’s going to be available is below: 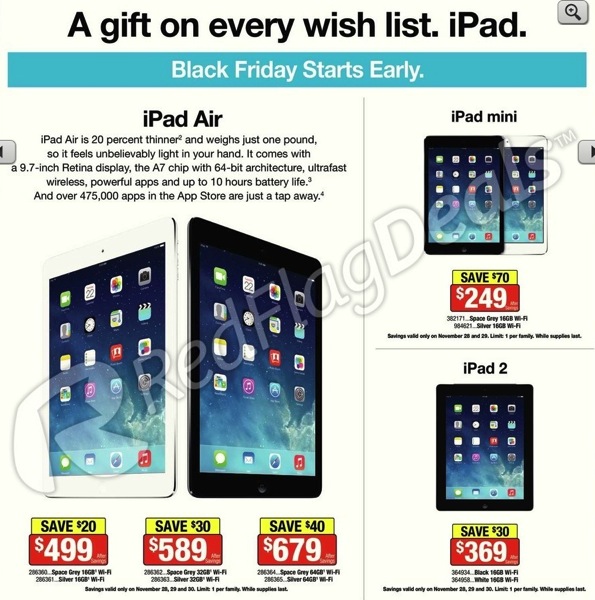 Let us know if you’re going to jump on any of these deals!