Staples Canada has announced it now sells unlocked iPhone 8 and iPhone 8 Plus at select retail locations and Staples.ca, while officially announcing its 24-month Equal Payment Plan we told you about earlier.

“Buying an unlocked iPhone 8 or iPhone 8 Plus gives you the freedom to purchase the iPhone of your choice with the flexibility of being able to choose your own carrier and the benefit of not being locked into a carrier contract,” said Jot Toor, senior vice president of merchandising, Staples, in a statement to iPhone in Canada. “We are excited to be bringing the new generation of iPhone to our customers with the added convenience of having it unlocked.” 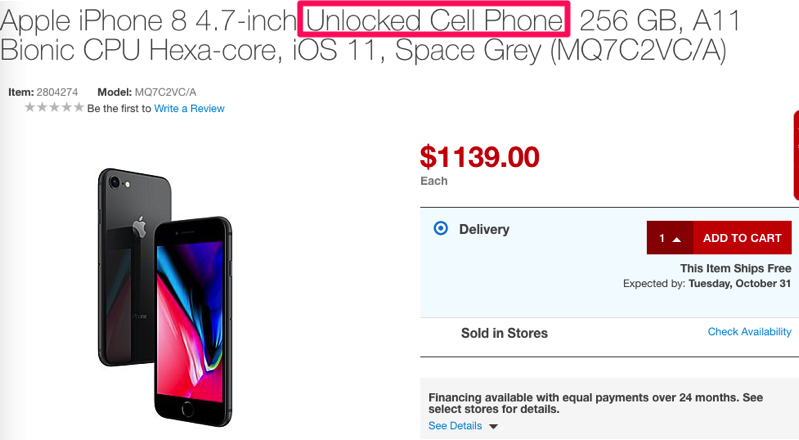 As we approach the December 1st deadline imposed by the CRTC for all cellphones to be sold unlocked in Canada, retailers such as Staples have started to sell devices unlocked early, following a similar move by Best Buy.

No word if iPhone X will make it into Staples locations and online at this time, but once supply increases after initial pre-orders and next week’s launch, it most definitely should.