The Steve Jobs biography authored by Walter Isaacson (seen earlier tonight on 60 Minutes) is now available for purchase in the Canadian iBookstore. As of writing, it’s already October 24th for readers on the East Coast, the official release date. But, it appears Canadians on the West Coast are also available to buy the book too (confirmed by yours truly and @ryanwils). 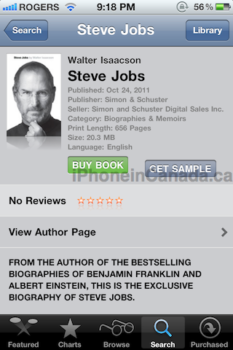 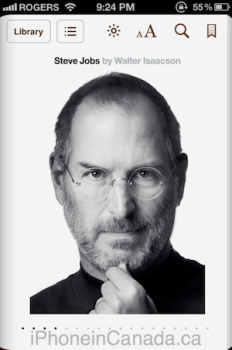