Remember Steve Jobs’ ‘thoughts on Flash’ back in April of 2010? It turned the tech world upside down from that day on, and further supplanted the fact that iOS devices did not support Flash and Apple was not willing to put their faith into a third party company like Adobe. Critics leveraged the lack of Flash as a flaw of the iPhone and iPad, but now it appears the tides have turned.

Adobe has announced it will discontinue their mobile Flash Player for the latest version of Android, 4.1 Jelly Bean. As detailed on their blog, the company will cease any new installs of Flash and remove it from the Google Play Store on August 15th:

Devices that don’t have the Flash Player provided by the manufacturer typically are uncertified, meaning the manufacturer has not completed the certification testing requirements. In many cases users of uncertified devices have been able to download the Flash Player from the Google Play Store, and in most cases it worked. However, with Android 4.1 this is no longer going to be the case, as we have not continued developing and testing Flash Player for this new version of Android and its available browser options. There will be no certified implementations of Flash Player for Android 4.1.

Is Flash dead? Not quite yet, but going forward for the latest Android devices such as the Nexus 7 tablet on Android 4.1, Flash won’t be available. The buggy and power hungry plugin looks to be dying a slow death. If Steve Jobs was alive right now, I bet he’d be saying “I told you so.” 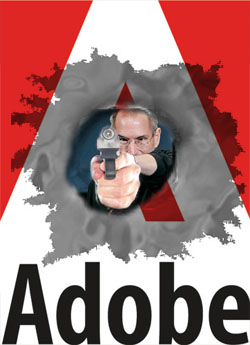