Steve Jobs Still Had TV Ambitions After Stepping Down as CEO

Steve Jobs’ biography by Walter Isaacson contained minor details about the late CEO’s television plans, with the Apple co-founder saying he had “finally cracked it”. 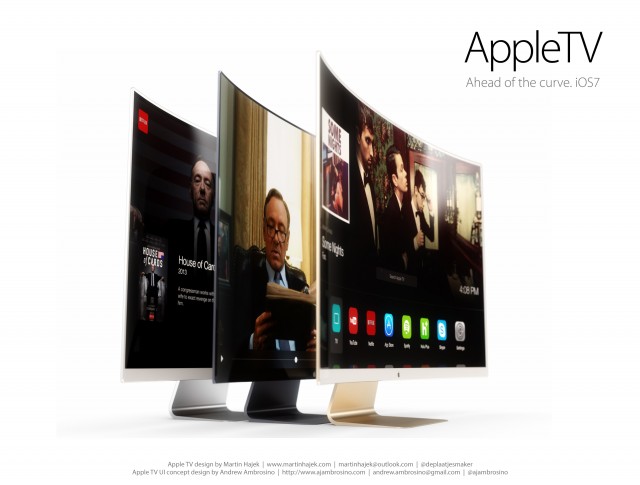 Now, we are hearing more about Jobs’ television ambitions, via Recode’s editor at large, Walt Mossberg, who recalled a conversation with Jobs in the fall of 2011:

Mossberg said Jobs called him on August 24, 2011, after Apple announced his resignation, and while Mossberg was writing a story about Jobs’s legacy.

“I’m writing this thing. And the phone rings. And it’s him,” Mossberg said. “I think he wanted to talk to me because he was feeling a little sentimental. And also because he wanted me to know that he wasn’t going away.”

“He said, ‘Well, it’s television … I think we figured out a way to do it, and it’s going to be fantastic. I want you to come out, in a few months, and I want to show it to you.’”

Jobs told Mossberg, “I think we figured out a way to do it, and it’s going to be fantastic.” Mossberg suspected Jobs was discussing an integrated television set, not a set-top unit we see today from Apple.

Mossberg said Jobs was “really weak” at the time of the conversation, but the late CEO was excited to talk about this plans. “If you would have asked me five minutes after we hung up, I would have said he was going to reinvent the whole TV set. It would be Apple-esque, meaning it was high quality, and very easy to use. But he was thinking about more than hardware — that was clear, too.”

According to the Isaacson biography on Jobs, here’s the excerpt about the television:

“I’d like to create an integrated television set that is completely easy to use,” he told me. “It would be seamlessly synced with all of your devices and with iCloud.” No longer would users have to fiddle with complex remotes for DVD players and cable channels. “It will have the simplest user interface you could imagine. I finally cracked it.”

The only person still holding out for an actual Apple-branded television unit is probably Piper Jaffray analyst Gene Munster, who has long believed one was coming.

Apple has run into road blocks in its negotiations with TV programmers for content, with its new strategy said to create the ultimate TV guide for users via Apple TV.