Veteran Hollywood director Steven Spielberg made his music video directorial debut over the weekend, shooting the entire video in a single 3-minute take exclusively using an iPhone, MacObserver is reporting. 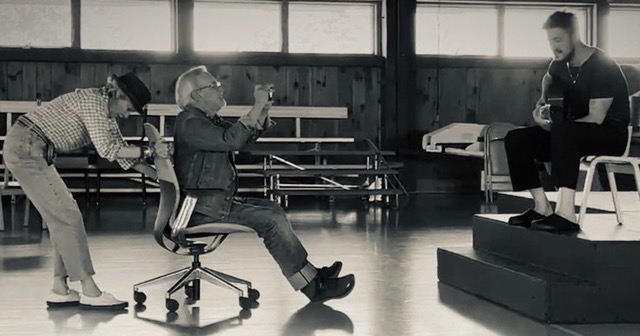 The video is for Marcus Mumford (of Mumford and Sons) and his latest single “Cannibal”. It was shot in a New York school gymnasium with Spielberg’s wife, Kate Capshaw, acting as producer, and art director, and also pulling Spielberg around in an office chair.

Spielberg’s debut music video shows just how capable the iPhone camera is at capturing video. It also shows that anyone can produce professional-quality videos simply using an iPhone.

On Sunday 3rd July in a high school gym in New York, Steven Spielberg directed his first music video, in one shot, on his phone. Kate Capshaw was the almighty dolly grip. pic.twitter.com/9KUvONG4u3

Check out the first-ever music video directed by Steven Spielberg, shot on iPhone below.