Apple Watch Series 2 is now fully waterproof and includes a built-in GPS, which means you no longer need your iPhone when you go on a run.

However, Strava for iOS users with Apple Watch Series 2 still require their iPhone to go on a run, as the app has not been updated to support GPS in the latest Apple Watch.

But an update is coming, according to Strava employee Elle Anderson. She posted an update last month on the app’s community forums to state:

The next version of Strava for Apple Watch is in the works, and will take advantage of the native GPS. We expect to release it in early 2017.

Despite the late response, numerous Apple Watch Series 2 users are disappointed to find late app support for Strava, especially when wanting to use the wearable for running long distances without their iPhone.

The Nike+ Apple Watch app supports the GPS on Series 2, so a workaround is to record runs with Nike+, then use RunGap for iOS to export to Strava.

This means Apple Watch Series 2 users will be able to go on a run and use Strava to track progress, while utilizing the watch’s new GPS connectivity. In the meantime, until an update for Strava arrives next year, serious runners and triathletes will most likely turn to their existing tracking devices from big names such as Garmin.

If you’re looking for a deal right now, the proven Garmin Forerunner 920XT GPS watch is on sale for $259.99 on Amazon.ca. This is the lowest price ever on the site for this watch (it was $659 in April), which still retails for $549 USD from Garmin in the USA. It supports ANT+ connectivity so you can hook it up to a variety of accessories, and can also track your bike rides, along with swims and runs. 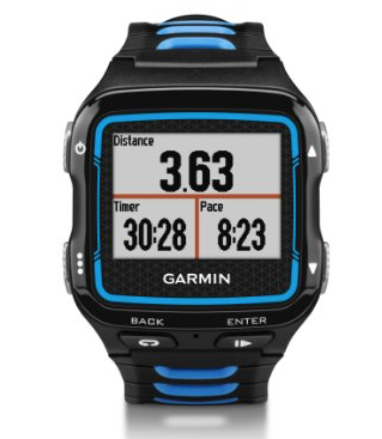 When I’m cycling, I use my Garmin 520 GPS to track rides. For runs, I’ve been using Strava on iPhone still (using a cheap running belt and Series 2; I like to take my phone with me on runs regardless; waiting for the 2017 Strava update). As for swimming, I’d like to track with Series 2, but how the heck am I supposed to upload data to Strava?

Currently, there is still no way for Apple Watch users to export activities to Strava, but it’s possible the other way around. Apple does hold user privacy very high, which can be an issue when trying to export data to third party apps.