You Can Now Stream Apple TV+ in Canada on iPhone, iPad and More 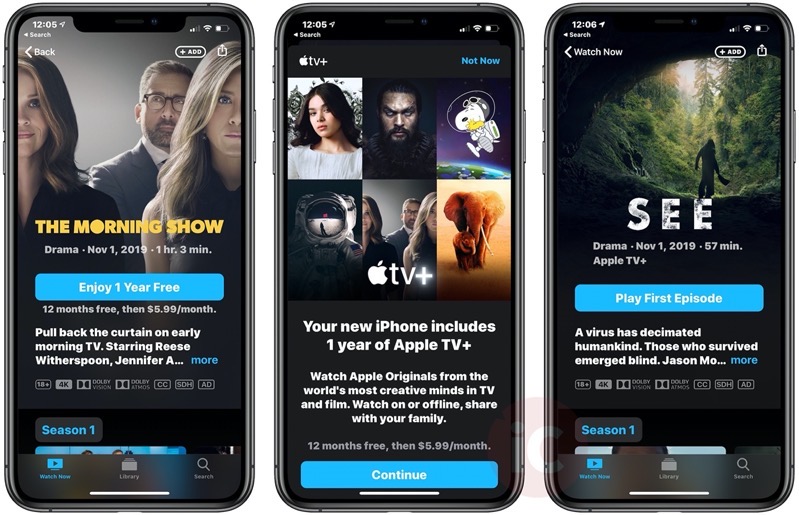 Apple TV+ has finally launched in Canada for the price of $5.99 CAD per month. If you have recently purchased a new iPhone, iPad, Apple TV, Mac or iPod touch starting September 10, you get one year for free. There’s also an annual subscription for $59.99 CAD.

To watch Apple TV+ right now, just launch the TV app, head down to the Apple TV+ section, select a show and tap ‘Enjoy 1 Year Free’ and then ‘Continue’. You’ll be prompted to confirm your subscription via Apple Pay. Once this is completed, you can start streaming the available shows immediately.

You can watch Apple TV+ on Apple TV, iPhone, iPad, Mac, Roku, Amazon Fire TV, select Samsung Smart TVs and tv.apple.com. Content can be downloaded for offline viewing. You will need the latest software updates to watch Apple TV+, such as iOS 12.3 or iOS 13.2 and macOS Catalina.

Apple TV+ comes with a free 7-day trial and after cost $5.99 CAD per month in Canada, which includes family sharing for up to six family members. Students may see Apple TV+ free as part of their Apple Music subscription.

Your best bet to save is to stock up on 20% off iTunes cards from Costco (the sales are periodic) to fund your Apple account.

Let us know how you like Apple TV+ originals so far.