Subway Testing Mobile Pre-Orders, In-Store Kiosks With Apple Pay in Canada and Beyond

In an effort to transform every aspect of the customer experience, Subway, the world’s largest restaurant chain is testing mobile pre-orders and in-store kiosks at select locations in Canada and beyond, with support for Apple Pay and Samsung Pay digital payment methods.

“We’ve created a modern design that gives our guests choices – from how they order, to how they pick up their food, to how they enjoy their meal,” said Trevor Haynes, Vice President of Operations at Subway. 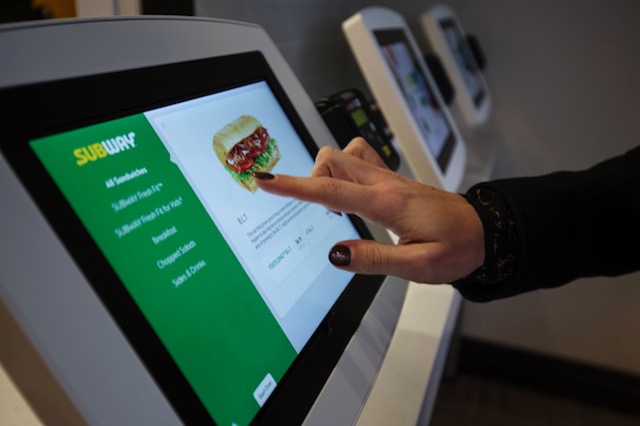 Called Subway “Fresh Forward”, the company has engaged FRCH Design Worldwide to design a distinctive and welcoming space. A bright colour palette inspired by fresh vegetables, and the new Choice Mark serve as a focal point in the new space. “The reactions from our guests, our franchisees and the Sandwich Artists has been incredibly positive”, said Mr. Haynes.

Below are the highlights of Subway’s new initiative:

There are 12 pilot locations open today in the U.S., Canada and the U.K. The new Subway “Fresh Forward” restaurants in Canada can be found in Beauport, QC and Granby, QC.