One of the biggest surprises from Apple’s iPhone 7 event was the on-stage announcement from Nintendo, noting Super Mario Run would debut for iPhone and iPad in December. 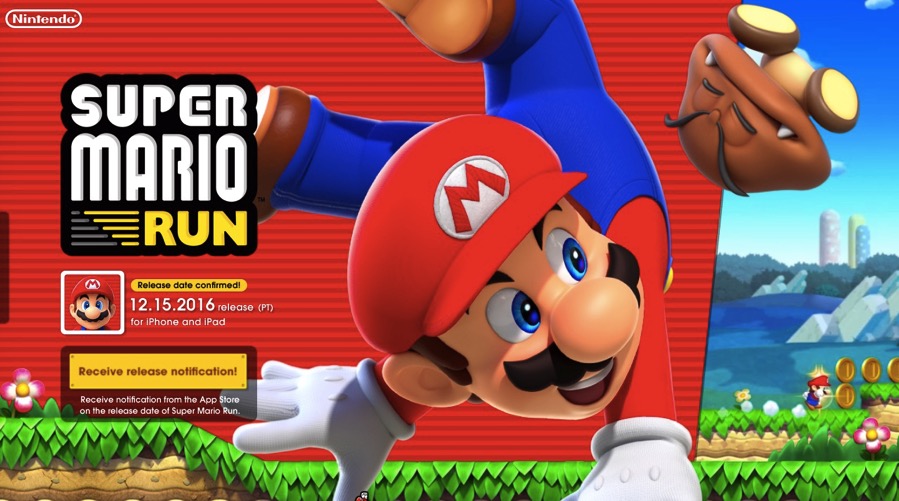 Nintendo has announced this morning Super Mario Run will launch for iOS on December 15 (Pacific time), available for free but powered by in-app purchases. There will be three game modes with certain elements available to try for free. But, a one-time $13.99 CAD (or $9.99 USD) in-app purchase will “grant unlimited access” to each of the modes.

Doug Bowser, Nintendo of America’s Senior Vice President of Sales and Marketing, said in an emailed statement to iPhone in Canada, “The wait is almost over for a Super Mario game that can be played on mobile devices,” adding “Developed under the direction of Mario creator Shigeru Miyamoto, Super Mario Run brings a new take on the series’ beloved action-platforming gameplay to iPhone and iPad for the first time.”

The game is Nintendo’s first Super Mario Bros. title developed specifically for mobile. Mario will run forward on his own but user taps will make him jump over obstacles and enemies throughout the game.

Nintendo’s Mario creator Shigeru Miyamoto explained back in September why they decided to launch the game on iPhone first, citing streamlined compatibility across different devices.

You can click here to be notified by Apple when the game is available for download in the App Store. This is going to be the game to play during the holidays.

Who’s excited for this? Next up, please bring Super Mario Kart to iOS, Nintendo!