“Surface is an iPad Knockoff”, Says NFL’s Most Expensive Player 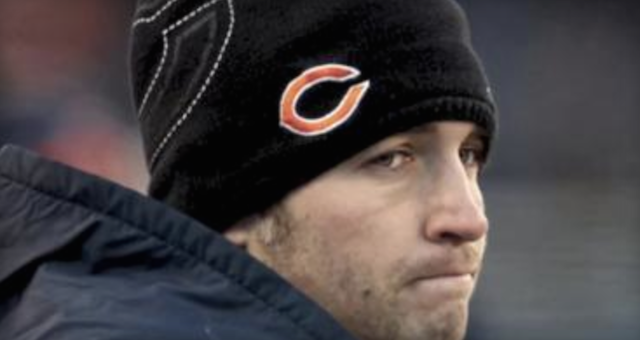 Despite Microsoft’s NFL sponsorship, the Chicago Bears quarterback and NFL’s highest-paid player Jay Cutler has revealed that he has no idea who makes the Surface tablets or what they are called. According to ESPN, Cutler used these words to describe his impression of the Surface Pro 2s that adorn game day: “Knockoff iPads” (via CNET).

“If you’re associated with the NFL, you should be thinking Microsoft and Bose. Somehow, too many around the league can only think Apple and Beats.

It’s hard to order the reasons to weep. First, you can call Surface Pro 2 many things, but surely no one could suggest it’s an iPad copy. Not even Jony Ive. It could be that Cutler is so deeply involved in the game that he’s never noticed them. It could also be that his thought processes about technology are as ingrained as those of so many others.”

It is interesting to point out though that Microsoft has already admitted it’s coaching NFL announcers about its Surface tablets, as too many of them referred to the product as ‘iPad-like’ or even simply “iPads”. It is believed that Microsoft is spending over $400 million to associate itself with the NFL.

The source also notes that even though Cutler has no idea of who made them, he has reportedly admitted that the Surface tablets worked very well.

Logitech is launching a brand new line of 'Designed for Mac' keyboards and mice. The announced products are specifically aimed at servicing Logitech's Apple users. The lineup of 'Designed for Mac' devices includes the MX Mechanical Mini for Mac Keyboard. This keyboard offers the traditional Mac layout. It features backlit keys and is USB-C rechargeable....
Steve Vegvari
35 mins ago