Tangerine CEO, Peter Aceto, has provided an update on when the financial institution will launch support for Apple Pay.

Back in May, the CEO apologized for the lack of Apple Pay updates, and said support would come in 6-8 weeks, suggesting a late launch in July (he also confirmed they’re working on mobile wallet solutions for Android too).

Last week, responding to a customer, Aceto shared more news about Tangerine’s Apple Pay plans, saying testing is ongoing, but they are “not certain on specific timing”, adding support will come “absolutely soon.” 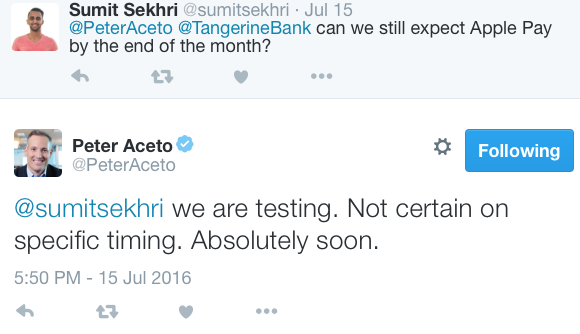