Edmonton startup TappCar has launched in the city today, after one final training event yesterday. The startup aims to take on Uber and the taxi industry and currently has about 200 drivers for its launch.

TappCar spokesman Pascal Ryffel explained to CBC News the company is different from other services because “we’re fully legal”, unlike Uber, but also offers benefits for its drivers:

“We’re also driver focused, all of our drivers have pensions and health care benefits which is quite different from the taxi brokers as well.”

Sam Suleman is a driver for TappCar and said “I don’t think Uber (will) stand a chance right now,” adding “This is something new, it’s in, and people find it’s a lot better and they don’t like the attitude of taxi drivers. So, so far, so good.”

TappCar drivers—who get to drive their own cars—require a commercial license like regular taxi drivers, as well as the same insurance, two things Uber refused to accept.

Uber stopped operating in Alberta after the provincial government mandated Class 4 commercial licenses for drivers, plus had not approved available ridesharing insurance. However, Uber does continue to operate in Sherwood Park, where it says existing bylaws do not apply to the company. 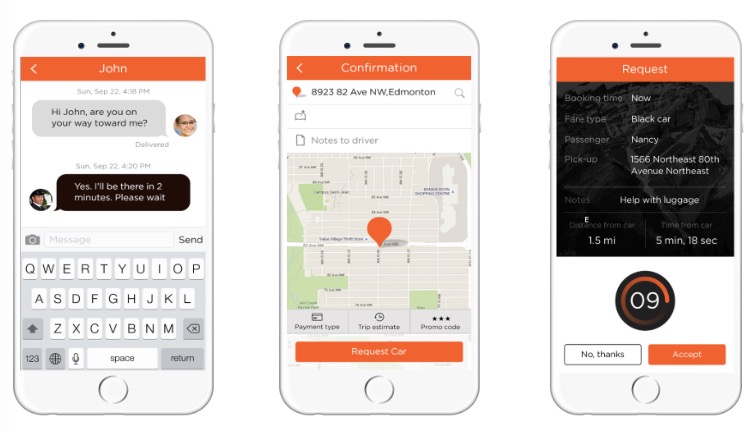 TappCar’s iOS app allows customers to track their car on a map in real-time, plus contact the driver by phone call or messages (and rate them as well). Fares are auto calculated before getting on board, with payment options being both cash or credit cards, and emailed digital receipts.