With the Wall Street Journal reporting last Friday Apple Pay could be launching in Canada this fall for credit card and debit cards, it has gotten many Canadian excited, particular those with the iPhone 6 and iPhone 6 Plus and imminent Apple Watch owners.

However, Canadian banks are worried about credit card fraud, due to recent cases in the U.S. where fraudsters exploited weak bank verification methods to tally up purchases with stolen cards and Apple Pay. Therefore, the ‘Big 6’ banks in Canada have formed a consortium to negotiate terms with Apple on the process.

TD Bank late last week responded to the Apple Pay story to the Toronto Star and said “This is ultimately Apple’s story to tell,” while also saying “Once [Apple] announces what it is going to do in the Canadian market, we can then assess what our involvement will or will not be in the Apple Pay space.”

Senior corporate communications manager at the Royal Bank of Canada, Andrew Block, responded to the story with “We don’t comment on rumours or speculation on behalf of third parties.” RBC told The Globe and Mail “At this time Apple Pay is available in the U.S. only. Apple has not yet announced plans for Apple Pay for the Canadian market.”

Apple Pay is authenticated on Apple Watch when you put it on your wrist and enter a passode. The moment you remove the watch from your wrist, re-authentication is required once skin contact is broken. 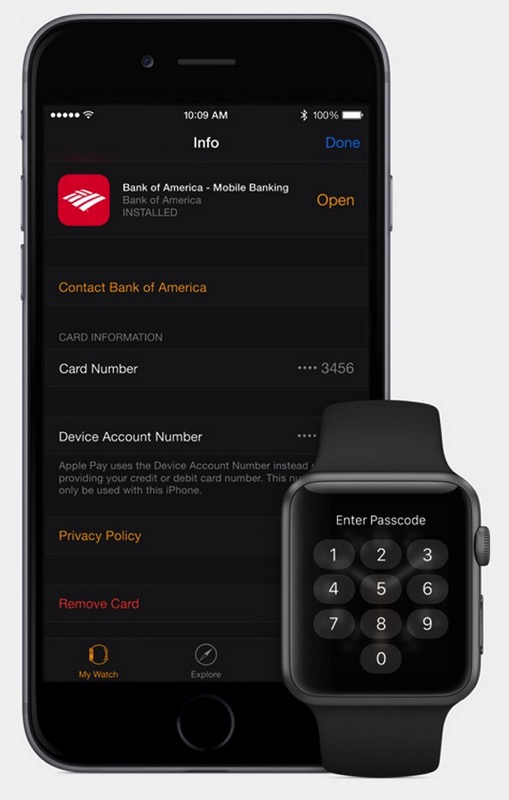 Back in February, the U.S. branch of RBC was reportedly seeking Canadian Apple Pay testers. The Canadian bank has its bets on its own mobile wallet, which securely stores credentials on SIM cards. RBC CEO Dave McKay told investors last month the bank is set to take on mobile wallet competitors from Apple and Google, noting a “collision course” was coming.

Consumers have made it clear they want Apple Pay in Canada. It’ll be interesting to see which bank will be the first out of the gate to support it, or if all major banks will agree to Apple’s terms and allow for a simultaneous announcement, rumoured for November.