A handful of new reaction emoji and stickers have been included in the Telegram messaging app’s latest beta release, which according to AndroidPolice, will only be available to the subscribers of Telegram Premium. 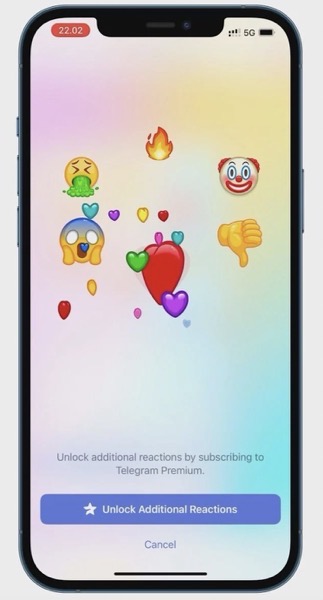 The encrypted messaging platform has been exploring ways to monetize over the past year or so, including ad sales and extra features for massive group channels, and now, it may soon require average users to pay for getting the full experience.

As of now, Telegram has not provided any details about the program, such as its price or what other perks the Premium service will offer.

Users who select these stickers and reactions will be prompted to sign up for the service. Even premium stickers that appear in a conversation thread are blocked from view to free users, replaced by the same call to action.

In a future with Telegram Premium, it’s not going to be pleasant guessing which upcoming features will be free for all and which ones will be just for paid subscribers.

Telegram Premium is currently exclusive to the iOS app, but it will likely expand to Android and other platforms once the wider rollout ensues.