Telecoms giant Telus opened doors to its new Canadian flagship store at the Halifax Shopping Centre yesterday, continuing its efforts to encourage customers to hang out and try mobile devices, digital sound systems and smart home accessories at the company’s Connected Experience stores. According to LocalExpress, the store is bigger, brighter and more colourful than most other Telus stores in Nova Scotia or across Canada. 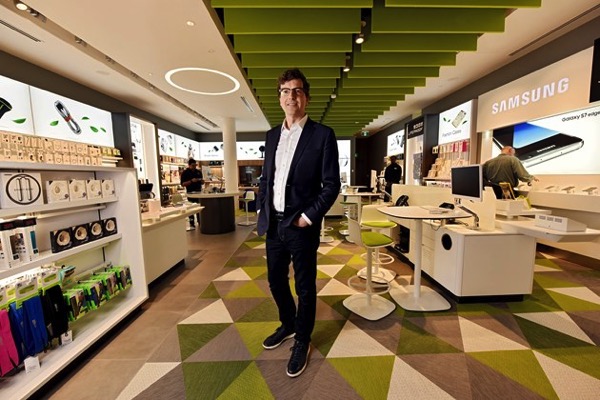 The first of its kind store in the Maritimes for Telus offers lots of out-of-box items to play with and comfy couches scattered about at the new store, so customers can take their time, hang out for a spell and check out the digital goodies. To enhance and encourage more chat between customers and staff, stylish ceiling baffles are employed to achieve noise reduction inside the store.

“We jumped up to 3,300 square feet, compared to our previous 1,100-square-foot store at the mall, which is what happens when you add over 1,000 SKUs (stockkeeping units) into the mix,” said Marc Jamieson, a senior strategy manager of consumer solutions with Telus.

“This truly is an experiential store, unlike other concepts we’ve had in the past,” Jamieson said in a recent interview. “It’s all about touching and playing with new releases of mobile devices, digital sound systems, smart home accessories and fitness trackers”.

Jamieson said the concept has proven popular and profitable for Telus at the Canadian flagship stores that have been introduced in places like Toronto and Edmonton.