Tesla to Double its Charging Network Ahead of Model 3 Release

Just ahead of its Model 3 sedan release, Tesla has announced that it will double its charging network by the end of this year. The electric car maker says it will have over 10,000 Superchargers and 15,000 Destination Charging connectors around the world by end of 2017. In the U.S. and Canada, the number of Superchargers will increase by 150%, while in California alone, the company will add over 1,000 Superchargers. 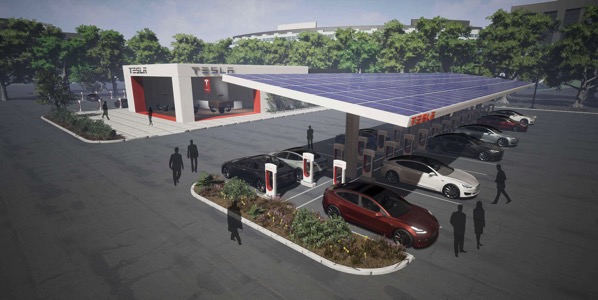 In addition to growing its charging network, Tesla also plans to expand its existing sites by broadening its charging locations within city centers. The company will build larger sites along the busiest travel routes that will accommodate several dozen Teslas Supercharging simultaneously. In addition, many sites will be built further off the highway to allow local Tesla drivers to charge quickly when needed.

Tesla will continue to lead the industry with the fastest, most advanced charging technology in the world and continue to build the only cars capable of leveraging that power. The ongoing expansion of the networks will ensure that Tesla drivers are able to quickly and easily charge their vehicles no matter what, and that a seamless charging experience remains our priority.

We’re moving full speed on site selection and many sites will soon enter construction to open in advance of the summer travel season.

Tesla’s complete Supercharger map and network expansion plans are available at this link.

After four years, Nintendo is bringing back its game voucher promotion. In Canada, Nintendo Switch Online members can purchase a pair of vouchers and redeem each one for a digital game in order to save a bit of money on each game. A pair of Nintendo Switch game vouchers in Canada is available for $132.99....
Steve Vegvari
46 mins ago