Tesla has today announced that the company has raised nearly $1.2 billion, which is 20% more than it had originally planned, by selling common shares and convertible debt ahead of its Model 3 launch, Business Insider is reporting. Meanwhile, CEO Elon Musk says that he wants to take the delivery process from an hour-long event into a 5-minute process. “The delivery of the cars is where the investment is needed,” he said (via CNET). 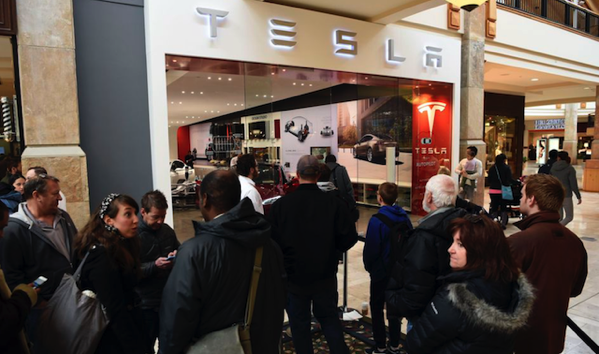 According to Musk, Tesla sold 1.3 million common shares at $262 apiece to raise $350 million and that it raised another $850 million though the sale of convertible senior notes due 2022. He added that his company was considering a number of options, including raising capital, to reduce risk ahead of the Model 3 launch.

Musk said that Tesla will build additional delivery centers, but it will focus on urban areas with high Model 3 demand.

Anyone who’s spent the time wrangling up a new car knows that it takes a long time to get everything done, between the hard sells for extended warranties and the sheer number of signatures required, especially when financing is involved.

To achieve this, Tesla will send the aforementioned instructional videos, as well as the paperwork, ahead of time. This will give buyers the time to fill everything out at their leisure, ahead of delivery. If that’s the case, actually claiming the car could reasonably become a 5-minute exercise.

The electric car maker says it will produce 5,000 Model 3 sedans a week in the fourth-quarter and will ramp production up to 10,000 cars per week at some point in 2018.