The Mandalorian Season 3 Trailer Shows the Return of Grogu, Debuting March 1 on Disney+ 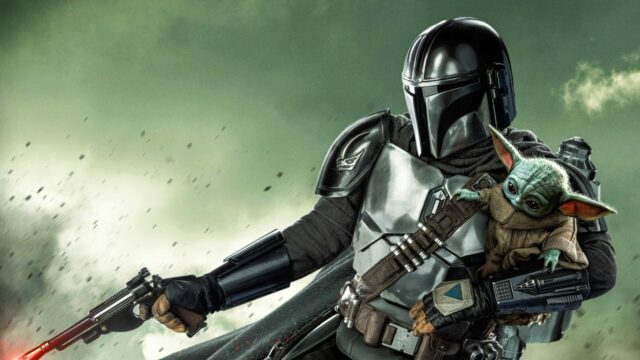 Disney and LucasFilm premiered a new trailer for the highly anticipated return of The Mandalorian. The Season 3 trailer showed the return of the internet’s favourite father/son duo, Din Djarin and Grogu.

Fans have been clamouring for a new season of The Mandalorian since the exciting conclusion of Season 2 and the rather underwhelming follow-up and spinoff, The Book of Boba Fett. The trailer’s description reads as followed:

“The journeys of the Mandalorian through the Star Wars galaxy continue. Once a lone bounty hunter, Din Djarin has reunited with Grogu. Meanwhile, the New Republic struggles to lead the galaxy away from its dark history. The Mandalorian will cross paths with old allies and make new enemies as he and Grogu continue their journey together.”

The trailer gives us a chance to see some familiar faces and locations while also showing up some looming threats. Din Djarin aka The Mandalorian, played by Pedro Pascal, is shown to be not only reuniting with his pseudo-son but also other Mandalorians. The home planet Mandalore is shown in full as well as the widely known planet of Coruscant. We’re also shown glimpses of what appears to be a flashback to the day of Order 66, and a couple of Anzellans, the species of Babu Frik.

Alongside Pascal, The Mandalorian Season 3 will see the return of Carl Weathers, Giancarlo Esposito, Katee Sackhoff, Paul Sun-Hyung Lee and Amy Sedaris. Prior cast members also include Bill Burr, Ming-Na Wen, Temuera Morrison, and Rosario Dawson. However, it’s currently unknown whether these actors and their respective characters will return this season. Dawson is especially an unknown considering she will be headlining her own Ahsoka spin-off series next year.

The Mandalorian was created and written by Jon Favreau, who is also serving as executive producer this season. David Filoni, Kathleen Kennedy, Colin Wilson and Rick Famuyiwa are also tapped as executive producers. This season will see Carl Weathers step into the director’s chair. Additionally, Famuyiwa will also direct an episode. Rachel Morrison, Lee Isaac Chung, Peter Ramsey and returning director Bryce Dallas Howard will also be directing portions of the upcoming season.

The Mandalorian debuts on Disney+ on March 1st. This season is once again comprised of eight episodes, concluding on April 19th, 2023. Disney+ is available in Canada for $11.99 per month or $119.99 annually.