The Verge Goes Hands On With The iPhone 5 Mockup [VIDEO] 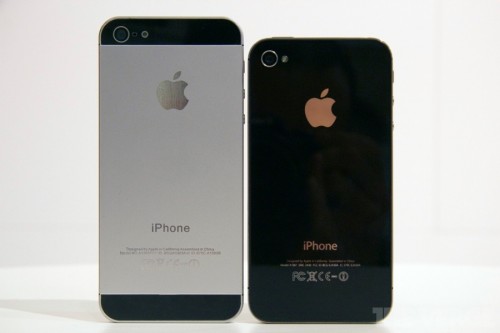 Over the weekend a fully assembled iPhone 5 mockup video hit the net. The video was filmed at IFA 2012 by GSM Israel. As we have seen with prior rumors, the iPhone included the usual two-tone-back and 4-inch screen.

Now we have more video and photos of the device, quite similar to the model we saw over the weekend. The Verge managed to grab a hold of the model, here is what they have to say:

We were told volume production of the form-fitting cases has already begun, with a view to shipping to retailers in a week’s time. The mockup we got to see today confirms absolutely nothing about Apple’s plans, but at least one company is confident enough in the dimensions on show to start producing accessories for the expected iPhone 5.

Checkout the hands-on video with The Verge:

I found that the video did a great job at showing off the size difference between the iPhone 4S and purported iPhone 5 design. This device is not functional, it’s based off past leaks to help third party case developers find a form-fitting case.

The iPhone 5 is expected to be announced on September 12th. Sometime later this week Apple should announce the exact date and time, so stay tuned!

Spotify is launching a new Home experience that includes feeds for both Music and Podcasts & Shows, making it easier for listeners to scroll through the type of content they’re looking for. The updated Spotify home screen will make the experience more personalized while allowing users to dig even deeper into their recommendations. In the...
Usman Qureshi
22 hours ago