The Verge reports some users have experienced iMessage blocking out certain words from displaying on the iPhone. If you try to send out the message “I could be the next Obama” with a trailing space, the word ‘Obama’ is invisible on your iPhone to both recipients and senders: 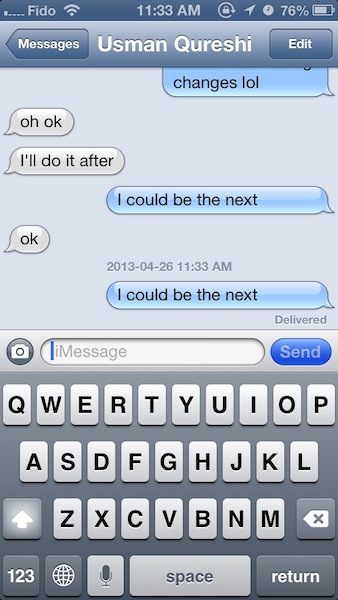 Another phrase that triggers the bug is “The best prize is a surprise”.

The problem affected iMessage on OS X and the iPad as well according to this Apple Support Communities thread, with the problem occurring since December of 2012.

Give this bug a try, and let us know if the bug appears on your iPhone. I have no idea if “I could be the next Harper” works or not.