From popular OSes such as Windows 10 and Ubuntu to widely-used browsers such as Chrome and Safari, the hackers partaking in the Tianfu Cup 2020 successfully hacked several popular software programs. 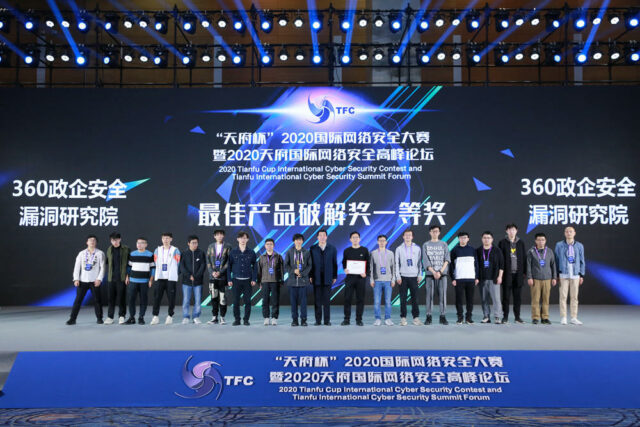 ZDNet writes that fifteen teams of hackers took part in this year’s event. Each group is allowed three five-minute attempts at hacking into a selected target, with researchers winning cash prizes based on the difficulty of the chosen target and the type of vulnerability.

Multiple software products from Adobe, Apple, Google, Microsoft, Mozilla, and Samsung were successfully pwned with previously unseen exploits in Tianfu Cup 2020, the third edition of the international cybersecurity contest held in the city of Chengdu, China.

“Many mature and hard targets have been pwned on this year’s contest,” the event organizers said. “11 out of 16 targets cracked with 23 successful demos.”

The winning side, 360 Enterprise Security and Government and Vulnerability Research Institute, won the competition for the second consecutive year. It took home a total of $744,500 USD — around two-thirds of the total prize pool — for its exploits.

The Tianfu Cup, analogous to Pwn2Own, was started in 2018 following a government regulation in the country that barred security researchers from participating in international hacking competitions because of national security concerns.